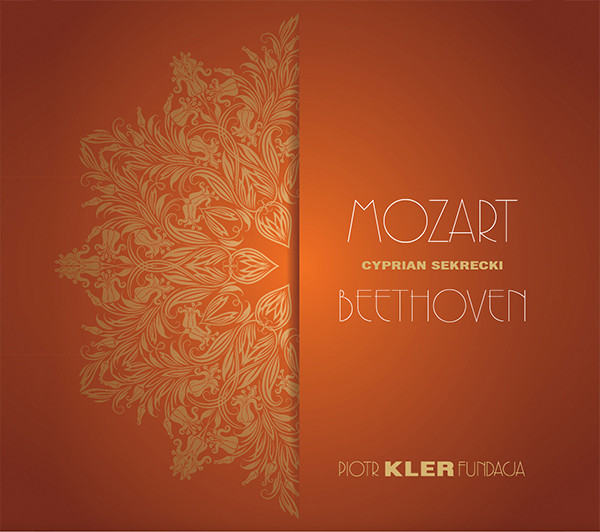 Cyprian Sekrecki was born on 4 January 1994 in Miastko. In 2018, he graduated with distinction from the Academy of Music in Poznań, having studied under Prof. Alicja Kledzik and Doctor Piotr Żukowski. He previously studied at the Frederic Chopin National Primary Music School in Miastko under Wiktor Murawski, as well as the Jadwiga Kaliszewska National Secondary Music School, part of the Poznań Music School Complex, where he was taught by Prof. Alicja Kledzik.

He has won numerous awards and accolades: 1st place and special award at the 1st Tadeusz Szeligowski Polish Piano Festival of Contemporary Polish Music in Szczecin; 1st place at the 2nd Halina Czerny-Stefańska Polish-German Piano Tournament in Żagań; Rector’s Prize, Distinction of the Marshal of Lower Silesian Province, Distinction of the President of Jelenia Góra.

As a quintet member, he placed 1st at the 8th Children’s String Chamber Music Competition in Gdańsk; Grand Prix at the 20th Starogard Chamber Meetings and 1st prize for the orchestra he plays with in the same competition; 1st place for his trio, quintet and orchestra at the International Competition in Chojnice. He has performed as part of Polish-Russian music projects (“Youths Play Chopin” in Chojnice, Tczew, Poznań and Moscow) and festivals (7th Polish-Russian festival for the 200th birthday of Frederic Chopin; inauguration of the concert of Polish and Russian musicians at the National Historical Museum).

Cyprian Sekrecki has perfected his technique and music sensibility under several teachers. He has taken piano courses in Poland and abroad (open classes at the Piano Workshop in Moscow taught by Rem Uranin, Piano Workshop in Vienna and piano master classes taught by Prof. Luc De Gregorio). He has performed at the Frederic Chopin Museum in Żelazowa Wola and the P. Tchaikovsky Ukrainian National Academy of Music in Kiev. After the Poznań recital organised by the Tadeusz Szeligowski Association, one of the critics referred to him as a reincarnation of Van Cliburn (winner of the Peter Tchaikovsky International Music Competition in Moscow). He plays concerts in Ukraine, Germany, Russia and Austria, among others.

Cyprian himself admits that working with Prof. Kledzik and Doctor Żukowski played the most important role in his musical development.

In 2013, the young artist was named the Man of the Year in his home town of Miastko in celebration of his artistic achievements.